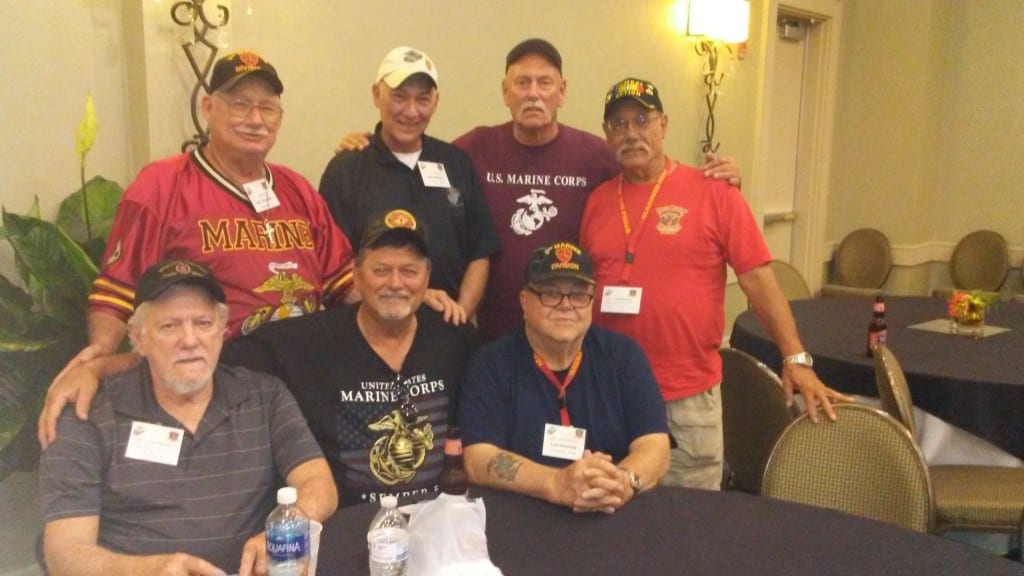 The 2/3 Vietnam Veterans Association held their reunion two weeks ago in Charleston, South Carolina at the Crowne Plaza Charleston. The four-day event began on Wednesday, August 24th as attendees arrived in sunny Charleston to reunite with their fellow Marines. The Wednesday evening Welcome Dinner Buffet officially kicked off the week’s festivities. On Thursday morning, 94 reunion attendees boarding buses to explore the sights of the “Holy City”. The day began with a two-hour guided tour, with highlights including the Battery overlooking Charleston’s harbor and Fort Sumter, colorful Rainbow Row, the Citadel, and White Point Gardens. After learning about the city’s history, guests enjoyed an early lunch and shopping in the Market Area, Charleston’s historic marketplace surrounded by restaurants and eateries of all types. After lunch, those on the tour enjoyed a one and a half hour harbor cruise that cruised around Fort Sumter Fort Moultrie, Patriots Point, the waterfront mansion, commercial docks, and more.

For those interested in Charleston’s military history, Friday’s tour to Patriot Point and Charleston Crab House, was an area of interest. The day began with 85 attendees touring Patriots Point, home of the largest naval and maritime museum in the world. They visited the carrier USS Yorktown, the submarine Clamagore, the Summer-class destroyer USS Laffey, and a replica of a Vietnam Support base. War planes used in conflicts spanning from World War II to Desert Storm are featured aboard the Yorktown’s 40,000 square foot hangar bay and atop the 888 foot flight deck. After a morning of exploring, the group made their way to Charleston Crab House, a local staple. There they enjoyed a lunch with the option of grilled Mahi salad, grilled chicken sandwich, soup and salad, a hamburger, or fried shrimp. Friday evening began with a Wine & Cheese Happy Hour, hosted by the association, and then moved into the 2/3 Annual Auction. Saturday morning the reunion broke up into their two different business meetings. One for the 2/3 Members and another for their partners. The whole group came back together that evening for their Cocktail Reception and Banquet Dinner where guests had the option of Sliced Grilled Sirloin with Mushroom Ragout or Grilled Balsamic Chicken Breast with Caramelized Peach Relish.

This is the first year that Armed Forces Reunions, Inc. has planned the 2/3 Vietnam Veterans Association’s annual reunion and we look forward to working with the group next year as they visit San Antonio, Texas!