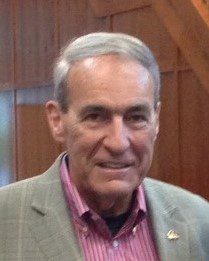 The Featured Veteran this month is an old friend of AFR’s: LtGen Fred McCorkle, USMC (Retired). Fred and his wife, Kathy, attend two to three events planned by Armed Forces Reunions each year. The Marine Corps Aviation Association’s (MCAA) Annual Symposium (met in New Bern, NC in May), the “Golden Eagles” or The Early and Pioneer Naval Aviators Association (met in Orlando in April), and the USMC Combat Helicopter & Tiltrotor Association Coming up in Jacksonville in August).

Lt. General Fred McCorkle had plans to become a teacher and high school football coach after he’d served two years in the Marines. That was until a fellow Marine convinced him to go to flight school, where his career trajectory took off. “I’d never even been to an airport, so to start from there and go on to fly helicopters, jets and to even have the honor to fly the U-2 spy plane makes me feel like the luckiest guy in the world,” said McCorkle, a retired three star general and former Deputy Commandant for Marine Aviation, the highest aviator rank in the Marines Corps. “Being Deputy Commandant of Marine Aviation was a great privilege and job,” said McCorkle, 71. “In that position you’re in charge of all Marine aviation assets, selecting the new planes and helicopters, plus future command and control and aviation support equipment assets. This and taking care of the four marine aircraft wings becomes a big, but very rewarding responsibility.”

McCorkle attended Naval Flight School in Pensacola and in 1969 was designated a naval aviator and sent to Vietnam. Before the end of 1970 he had flown more than 1,500 combat missions and throughout his career was able to accumulate over 6,500 flight hours in 65 different series of aircraft. Many of his flights were helicopter rescue missions. “One of the most intense rescues was in Laos where we weren’t really supposed to be, but we had to get our guys out. We did an emergency extract pulling eight soldiers out of the jungle on a 75-foot ladder. We had to land about half way back to Vietnam and some of these guys were dying. We were taking fire and one soldier already had his arm shot off, but was blasting back into the bushes with his AK-47; toughest guy to ever live I think.”

Read LtGen Mcorkle’s full story in our June 2016 Newsletter. To sign up for our monthly newsletter which includes a new Veteran of the Month story each edition, click here!